More than 100 environmental, conservationist, student and interfaith groups took part in a mass lobby around London’s Houses of Parliament on Wednesday, from where participating MPs were ferried by rickshaw to their constituents, gathered in a nearby park and along Lambeth Bridge to the South Bank.

Many had travelled to London in the morning to deliver a message to the UK government that the British public demands swifter action to tackle the climate emergency. More than 200 MPs heeded the call.

Titled The Time is Now, the event was organised by The Climate Coalition and Greener UK, two groups representing leading environmental organisations such as the WWF, RSPB and Friends of the Earth with millions of members across the country, as well as aid agencies and women’s groups. 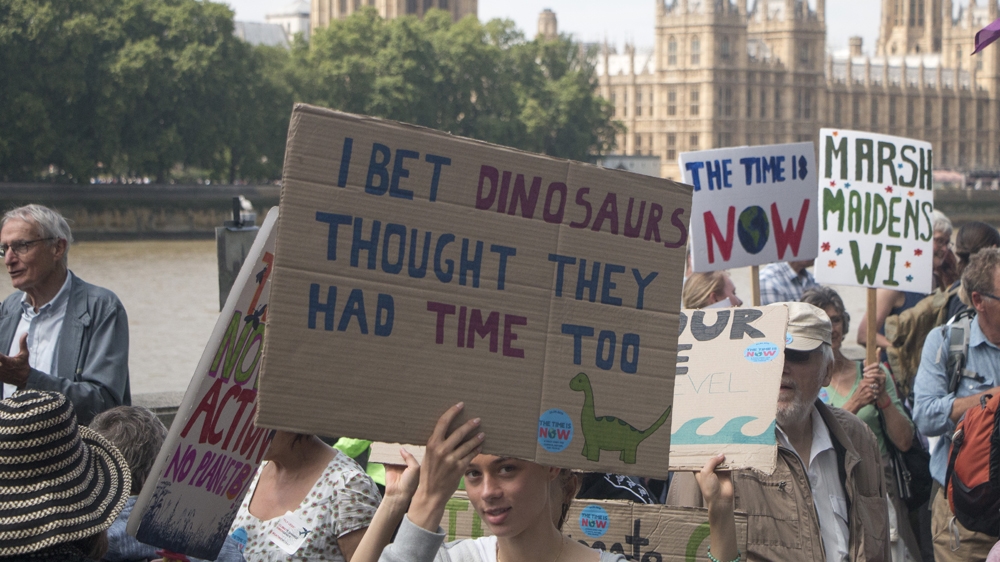 Earlier this month, the UK government announced it would commit to achieving a net-zero carbon emissions target by 2050. On June 24, the House of Commons unanimously adopted the law. If passed by the House of Lords, it would make the UK the first G7 country to commit to the legally-binding target.

This would be achieved with policies to either avoid greenhouse gas emissions or offset them with projects aimed at soaking up CO2 — ranging from tree planting to technological solutions.

The move follows a recommendation by the government’s Advisory Committee on Climate Change last month, as well as global youth-led protests that propelled politicians into action.

«That’s hugely welcome progress,» Amy Mount, who heads the Greener UK coalition, told Al Jazeera. «But we believe the UK can and should go a bit faster than that.

«The world as a whole needs to get to zero emissions by 2050, and the UK has the resources to hit that target,» she said, adding that interim milestones need to be set as well to achieve it.

«[The government] needs to be putting policies in place like a massive overhaul of our homes to make them more energy efficient. We need to be stepping up investment into renewables, and restore important habitats like wetlands that absorb carbon emissions. There’s lots of work that needs to start right away,» Mount said.

Campaigners say the greenhouse emissions target should be brought forward to 2045, while calling for the introduction of an environment bill to put in place other targets concerning, for instance, the restoration of natural habitats and the elimination of waste.

«[I am asking my MP to take] immediate steps about how we deal with plastics,» said Jane Dickinson, a 61-year-old retired doctor who was lobbying a Scottish MP in a park near the Parliament building. «If the government leads on that then we can make some difference relatively soon.» 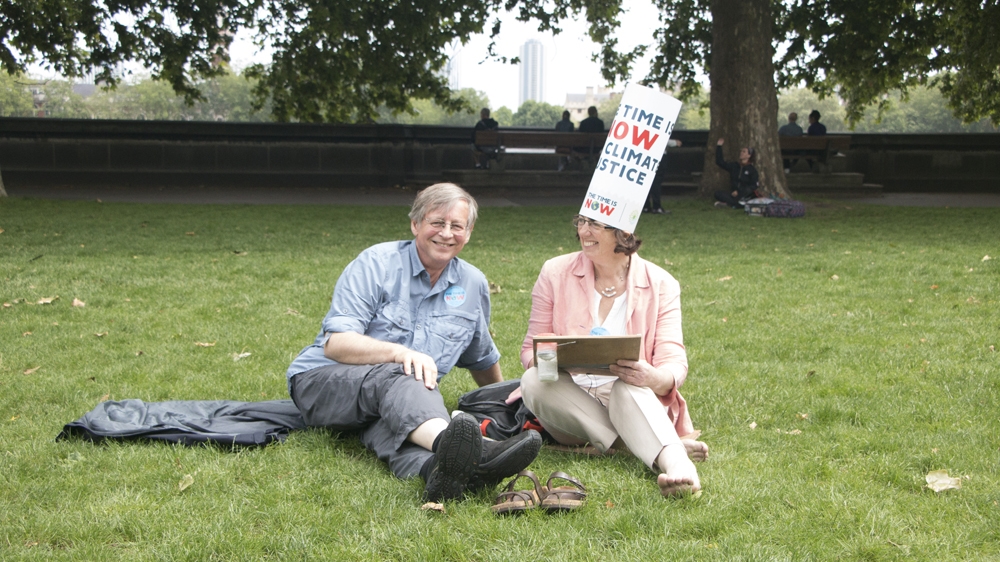 Nearby, a group of school children had come all the way from Bolton in north-west England.

«I care about the world and I care about what happens to it and the people who are in it. I believe I have to do whatever I can to change it,» said 13-year-old Eva. «Politicians can see so many people who care about this and MPs know what they need to do.»

At 2pm, the group held up their mobile phones as alarm clocks were set off among participants to symbolise «the time is now» to act.

An estimated 1.5 million students took to the streets in more than 100 countries for the first global climate strike on March 15, while the Extinction Rebellion group brought parts of London to a standstill in April and led to the British government declaring a climate emergency.

Green parties made big gains at the European elections last month, becoming the fourth largest force in the European Parliament.

However, EU leaders failed to agree unanimously on the 2050 target at a European Council summit last week, with four countries — Poland, the Czech Republic, Estonia and Hungary — opposing the plan.

The event came after a stark warning from the United Nations Special Rapporteur on Extreme Poverty and Human Rights Philip Alston that global society is on course towards «climate apartheid» as 75 percent of the effects of climate change will hit the world’s poor.

In a report published this week, he criticised US President Donald Trump for «actively silencing and obfuscating climate science» and Brazil’s President Jair Bolsonaro for opening up a vast reserve in the Amazon rainforest to mining.

The UN, which commissioned the report, came under fire itself for being a mere talking shop on the climate emergency.

«Climate change is a driver of poverty,» Joe Ware, a spokesperson for Christian Aid, one of the participating aid groups, told Al Jazeera.

«It causes droughts, floods, sea level rising affect coastal communities,» he added. «The poorest people who are in the front line of climate change, who have been experiencing it first and worse, have done the least to contribute to the problem. It’s a great injustice as well.»